Layla Frankel performs from Saturday 10/1 from 4:15 - 5:00PM at Marrowbone Creek Brewing as part of a Post Music on Main Showcase.

For GRAMMY-nominated artist Ralph Covert, everything is ultimately all about the songs. His music takes listeners on a journey encompassing life’s highs and lows, touching on diverse themes like love, death, sex, and rebirth–as well as tap-dancing elephants!

Amyliza DeJesus is a mom, songwriter, music therapist, and social worker. She has a passion for using music and songwriting to connect, educate, inspire, and heal. She's a songwriter for the Country Music Hall of Fame's World & Music Program and a teaching artist for Kidsville, an enrichment program of the Centennial Park Conservancy.

Layla Frankel's music has developed into a form all of its own, with a genre that might be best described as “Soulcana.” It integrates the vocal style of Bonnie Raitt and the pop sound of Sheryl Crow. It pays homage to the poetic lyricism of Joni Mitchell and Bob Dylan. Most notably, it plays with melodies, and unexpected chord structures, and showcases her stunning vocal agility.

Layla Frankel, Claire Kelly, Scarlett Egan in the Round

A songwriters round in a hip, intimate setting featuring Layla Frankel, Scarlett Egan, and Claire Kelly

Tune in at https://tunedenlive.com/live/ for a live stream concert with Layla and her band in celebration of Layla's birthday!!

Writer’s Round with Layla Frankel, Claire Kelly & Scarlett Egan at the Local Distro

Grab dinner and catch Layla and her trio playing a set of originals and covers at the Sutler in Nashville. Free show! Cash tips are appreciated!

2 sets of live music for guests at Lochsa Lodge

Two sets of live music at the Tetonia Club

Layla in the round with Claire Kelly and Scarlett Egan at Belcourt Taps in Nashville, TN 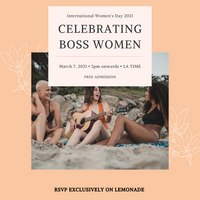 Full band performance at The Tuneden studio in Nashville – tune in on Facebook to watch. 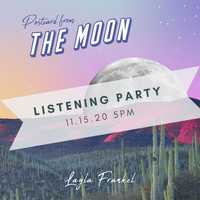 Sunday Nov. 15th, 5PM CDT An exclusive first listen to the brand new EP, Postcard from the Moon. Join us and a small private audience for this interactive zoom listening party, live from Jim Kimball's studio. We'll play the unreleased tracks in their entirety over Jim's studio speakers, solo out different parts, tell stories and let you in on the full creation process of the EP. 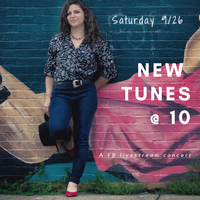 New Tunes at 10 with Layla

Another Facebook Livestream concert coming your way! Join me for a short set of new tunes and a little moment of musical connection. This week I'll be accompanied by Nashville guitarist, Adam McPhail! 10AM CDT Livestreaming from my artist page